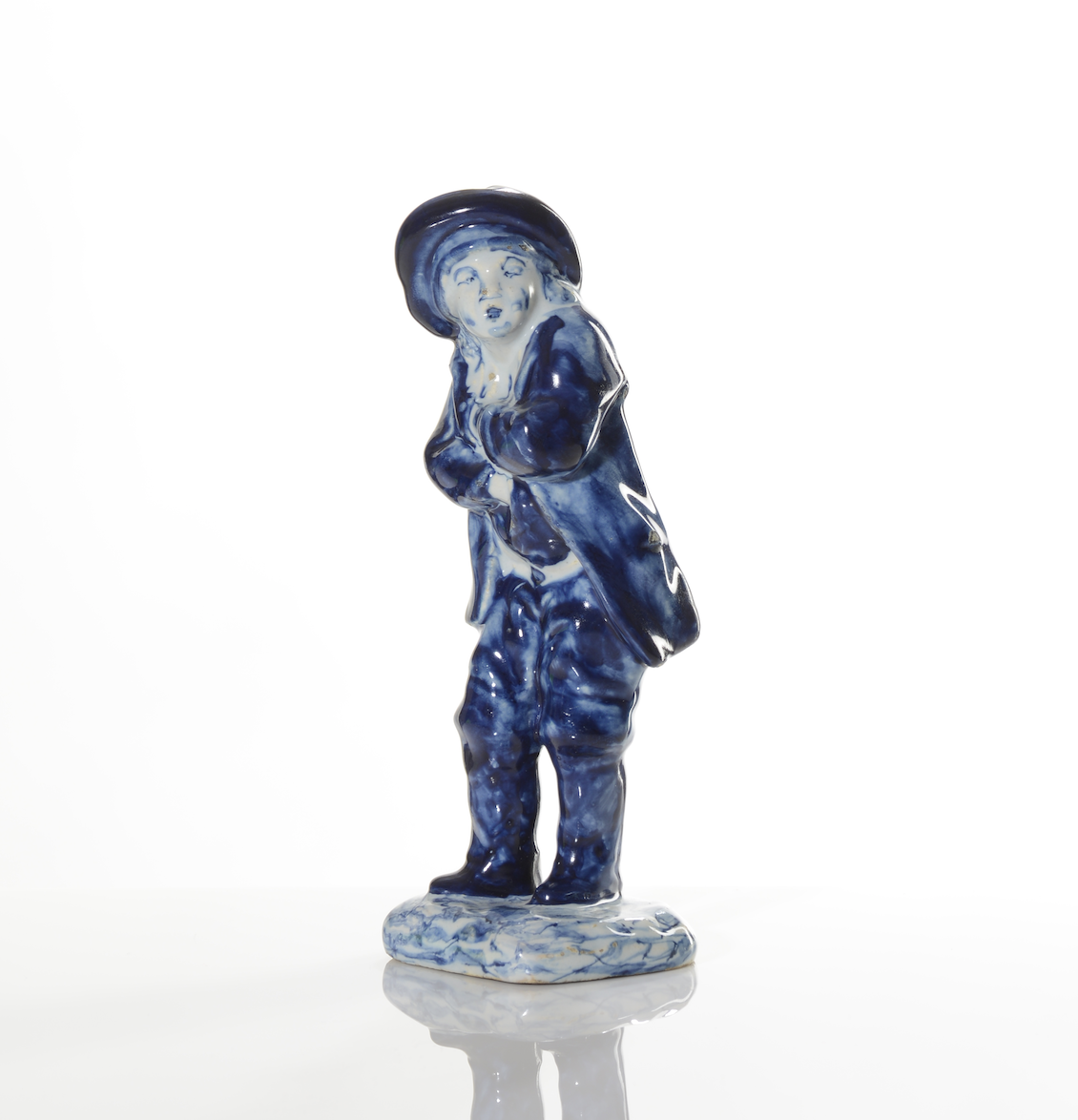 Every month we present a special object from the Aronson Antiquairs’ collection. This month we would like to show you this blue and white emblematic figure of Winter. The youth, wearing a soft hat, an open jacket and baggy breeches, has his hands tucked into his waistcoat to protect himself against the cold. This model traditionally has been attributed to Paul-Louis Cyfflé (1724-1806), a modeler who by 1766 was employed at the Lunéville factory in France. A number of his models were made not only in faience and ‘Terre de Lorraine’ (pipe clay), but served as the inspiration for English counterparts made in porcelain at the Chelsea and Derby factories, and in Staffordshire earthenware. Of the latter a beautiful example is housed in the collection of the DeWitt Wallace Decorative Arts Museum in Colonial Williamsburg. Made by Ralph Wood between 1775 and 1780, this version wears a dark hat over a yellow scarf, a gray jacket and shirt, yellowish-green pants and is supported from the back by a tree trunk.

The winter season is portrayed in very different ways in the arts. There are, of course, the famous winter landscapes and ice scenes in paintings, but winter is also sometimes portrayed as a person, a personification. In seventeenth-century paintings it was often an old man or woman warming their hands by the fire. Also in ceramics the personification of Winter is usually a wrinkled old man, with hoary hair and beard, wrapped against the cold. Interestingly, this earthenware figure concerns a youthful boy instead of an older male.

Blue and White Figure Emblematic of Winter
Delft, circa 1780

Modeled after an original attributed to Paul-Louis Clyffé at Lunéville, the youth wearing a soft hat, an open jacket and baggy breeches, looking toward his left, his hands tucked into his waistcoat, and standing on a marbleized square mound base.