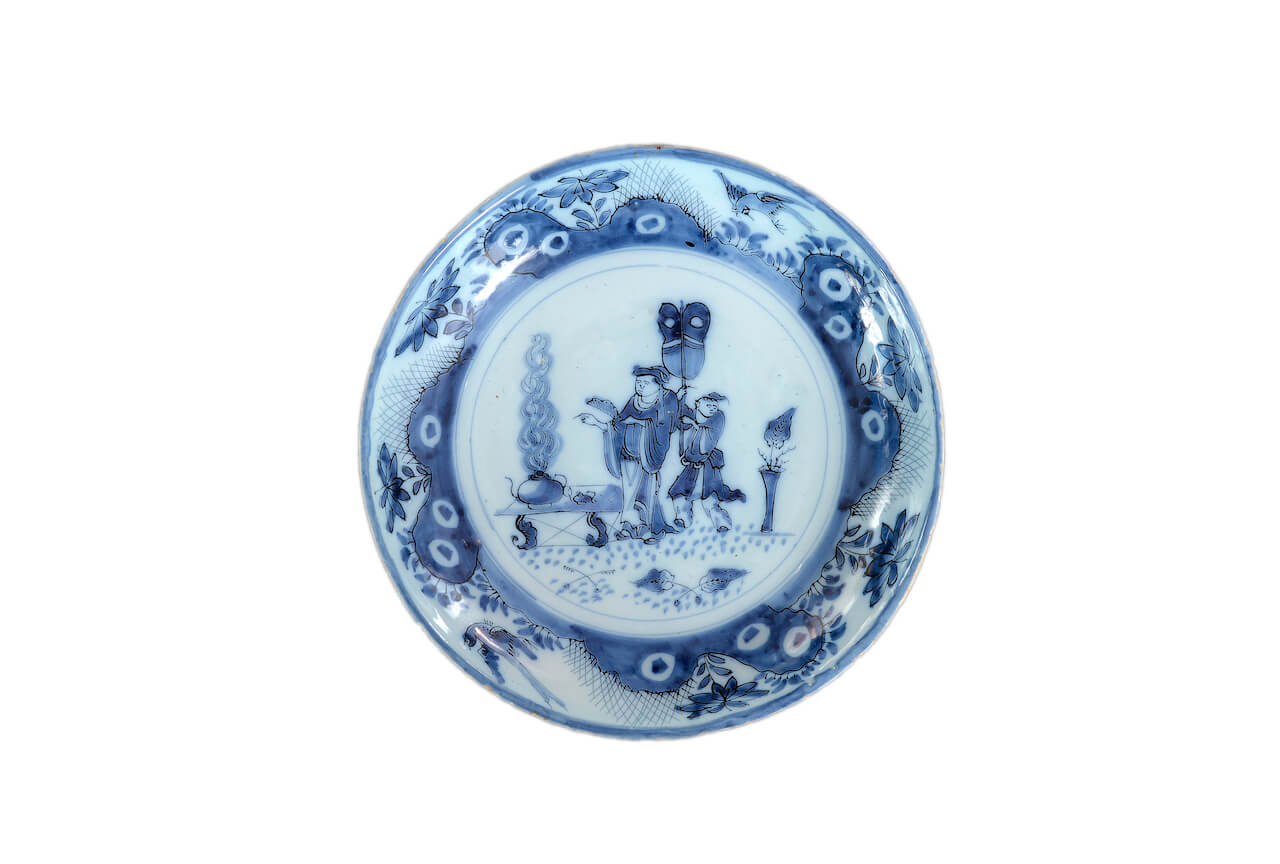 Every month we present a special object from the Aronson Antiquairs’ collection. This month we would like to show you this blue and white chinoiserie charger.

This chinoiserie style charger depicts the preparation of tea using two different sizes of teapots. The large teapot functioned as a kettle to heat the water. The water was then poured into the smaller teapot that contained tea leaves. Early Chinese teapots are generally of a small size and were intended for individual use with each pot reserved for making a particular type of tea. The size reflects the importance of serving small portions each time so that the flavors can be better concentrated, controlled and then repeated. Some records suggest that the Chinese carried their teapots and drank the prepared loose leaf tea directly from the nozzle of the teapots. Although this does seem rather strange to westerners, it is also very practical. The red Chinese Yixing teapots were seasoned after repeated use, making it unnecessary to use tea leaves every time.

In seventeenth-century Holland, where tea was an exotic and expensive luxury and consumed sparingly, teapots were also of a small size. As in China, teapots were used as infusion pots, and once the strong brew was poured into a cup, it would be diluted with water from a kettle.

Painted in the center with a Chinese man holding a fan and gesturing toward a low table set with a steaming large teapot and a smaller teapot, his attendant carrying a pennant and standing behind him, all within two concentric lines, the upstanding rim with four flowering plants each growing on large rock work and alternated by two birds in flight or flowering plants.