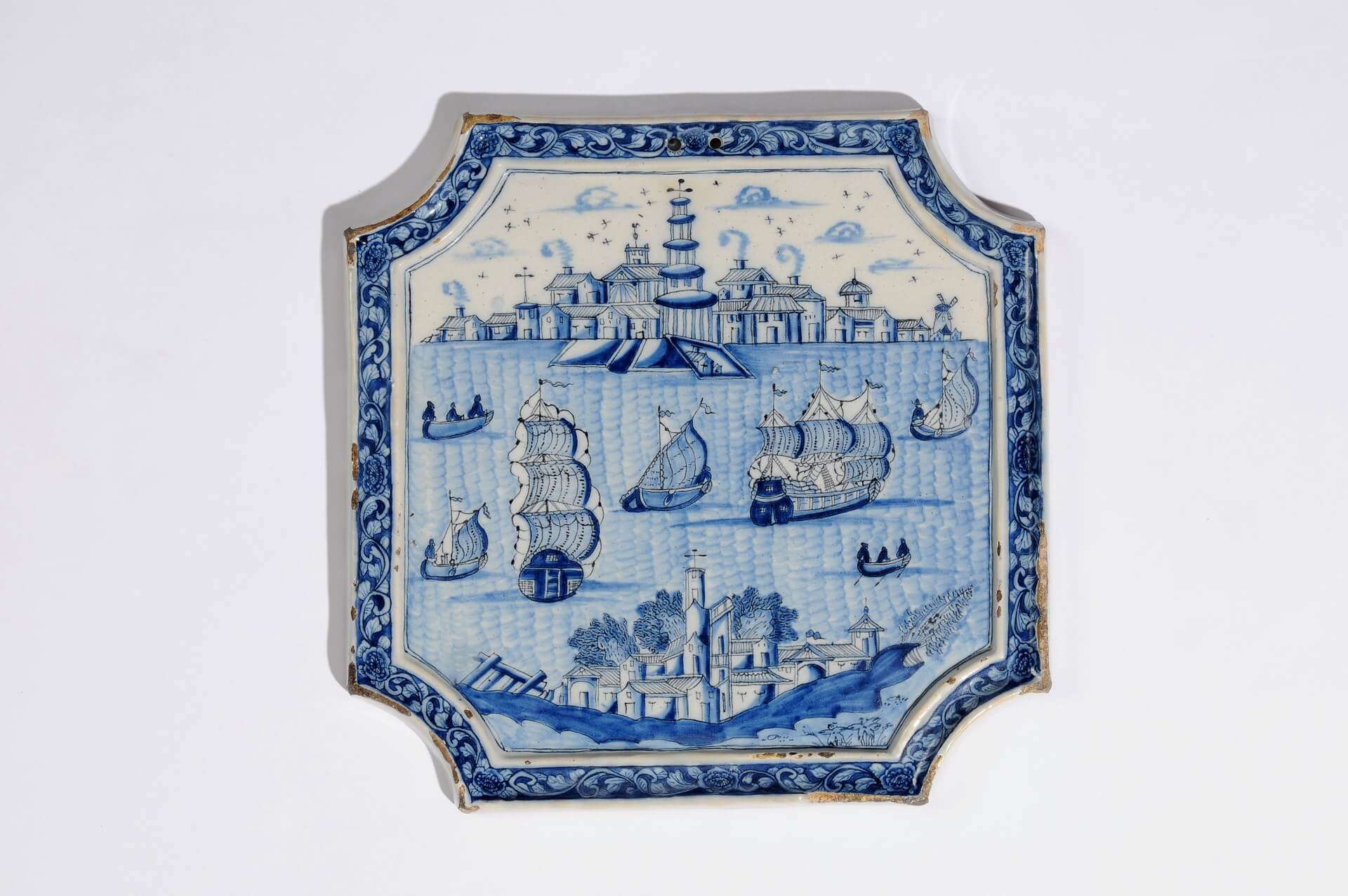 Every month we present you a special object from the Aronson Antiquairs’ collection. This month, we would like to show you this stunning plaque. Did you notice there is a typical Dutch windmill located among the buildings on the far bank, but that is also shows an Asian pagoda?

Already in the seventeenth century Holland was well known for all their overseas activities. The VOC was of great influence on the lives of the citizens in Holland: many people had to work in the shipbuilding industry, had to work at sea, or in the new territories overseas. Furthermore many exotic treasures, both raw materials and works of art, were brought to the Republic. The influence of these artworks, but also due to the travelogues and images, is clearly shown in the arts and crafts of the Lower Countries of that time, as well as on many pieces of Dutch Delftware. Such as this plaque on which many ships are depicted. The location of the ships is rather confusing, since there is a typical Dutch windmill located among the buildings on the far bank, but at the same time an Asian pagode is shown. Possibly, as we see often, the painter used a combination of both Western (in this case Dutch) and Asian imagery in the object.

Painted in the slightly recessed center with a fanciful river scene of two large ships sailing amidst smaller sailboats and two three-man dories with a pagoda and domestic buildings on the far bank and Italianate buildings on the near bank, the concave-molded self-frame with a blue-ground flowering vine border pierced at the top with two holes for suspension; the reverse glazed.