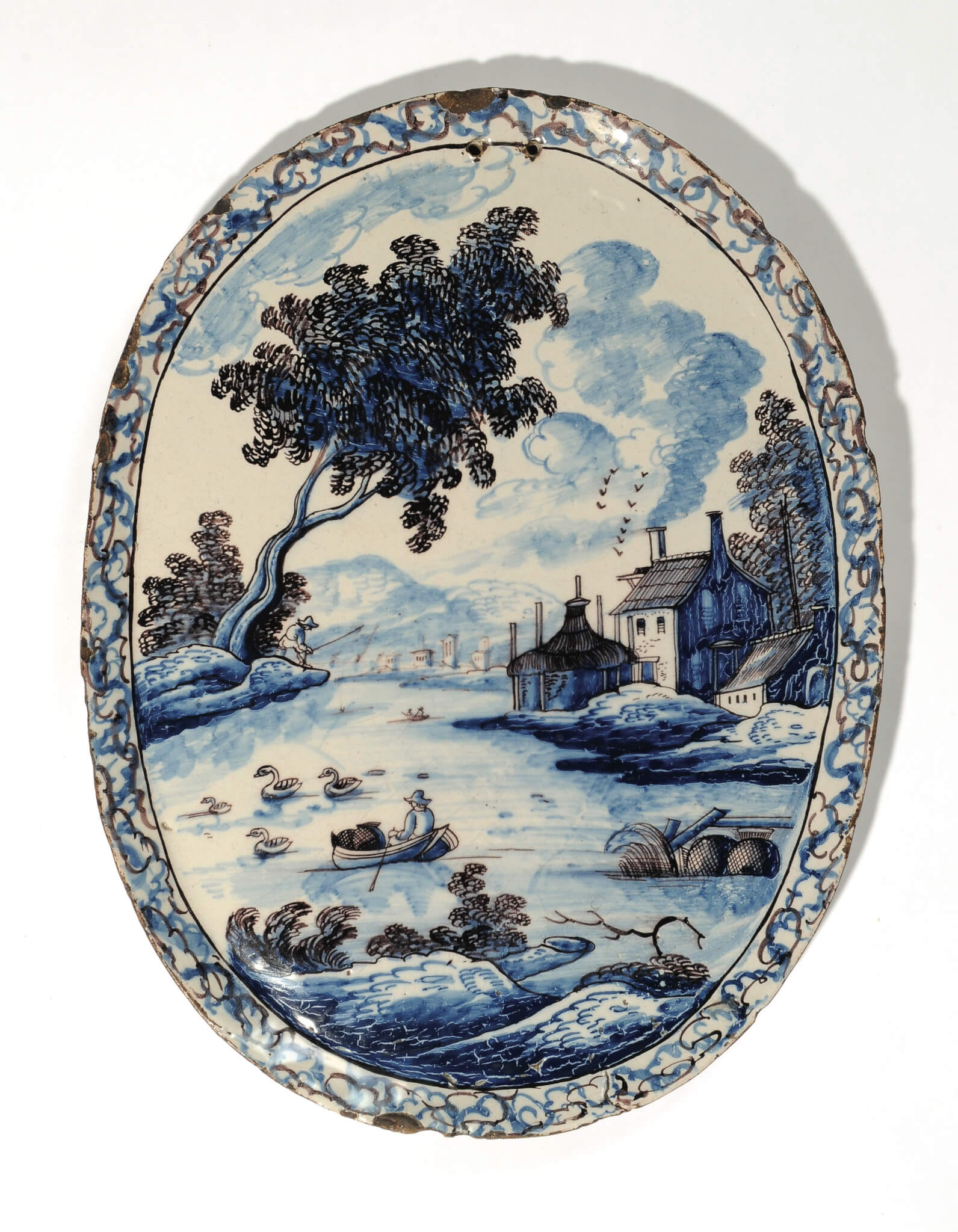 Every month we present you a special object from the Aronson Antiquairs’ collection. This month, we would like to show you this plaque from circa 1745.

Faience was made throughout Europe, yet until around 1900, anything that looked typically Dutch was labeled Delftware. It was not until between 1910 and 1920 that a reasonable distinction was made between Dutch, German and Scandinavian material. Further, a distinction also had to be made between Dutch Delftwares, since not all Delftware was actually made in the city of Delft. The cities of Arnhem, Amsterdam, Rotterdam and Utrecht were also important hubs for the faience industry. Each of these cities, along with Harlingen, had a thriving tile industry around the mid-1680s. Besides tiles, several factories also produced tile pictures.

During the same period, around 1685, the faience industry in the city of Delft flourished. However, by 1725, the Delftware potters were affected by a downturn in the economy. Sales lagged with competition from Chinese imports and porcelain from Saxony, and Delft potters tried to combat overproduction by buying and closing factories. The tile industry was similarly transformed; towards the end of the seventeenth century, the use of decorated tiles in new town houses declined.

The tile factories in Amsterdam were among the few to survive, mostly because they had switched to large-scale tile and tile-picture production. Around 1730, these producers began making faience because they had the skill in place to support a new venture. Indeed, the former tile makers may have been better equipped to paint large objects than their Delft colleagues.

There were three tile factories active in Amsterdam between 1675 and 1840, two of which started producing faience in the Delftware style: De Twee Romeinen (The Two Romans) on the Prinsengracht and d’Oude Prins (The Old Prince) on the Anjeliersstraat. This blue and manganese oval plaque was made at De Twee Romeinen on the Prinsengracht around 1745. The plaque depicts a river scene with swans swimming near a fisherman rowing his dory toward skeins in the foreground while another fisherman casts his line beneath a large tree on the bank. The plaque has many characteristic features of Amsterdam factories, such as the colors, the marbleized rim, the technical traces on the reverse, and the shape of the frame on this plaque, with its simple triangular edge. 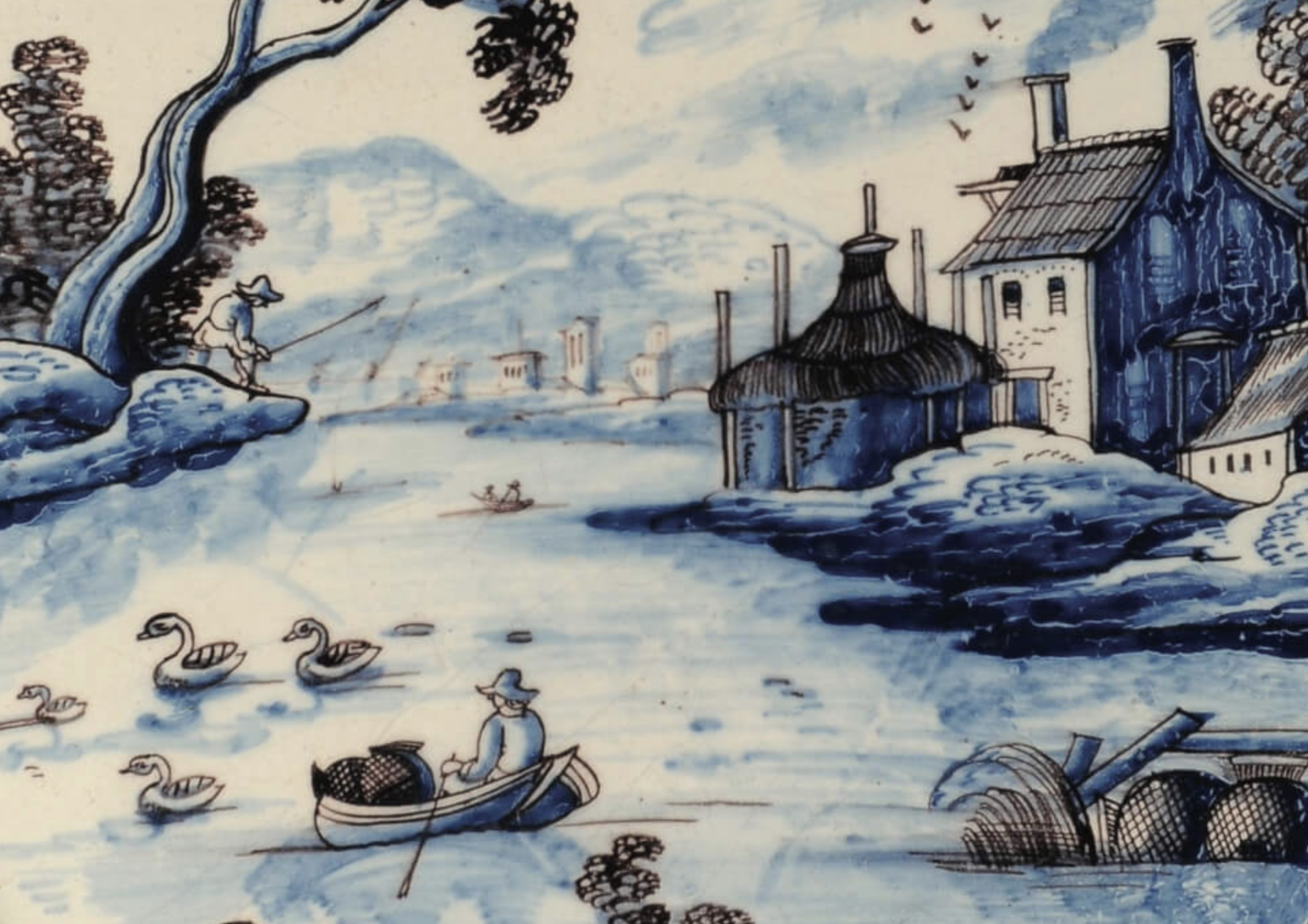 Painted in manganese and blue with swans swimming near a fisherman rowing his dory toward skeins in the foreground while another fisherman casts his line beneath a large tree on the bank opposite buildings on the right bank. Further Italianate buildings before hills in the distance beneath a cloudy sky, the top pierced with two holes for suspension, and the molded self-frame with a marbleized border; the reverse glazed.