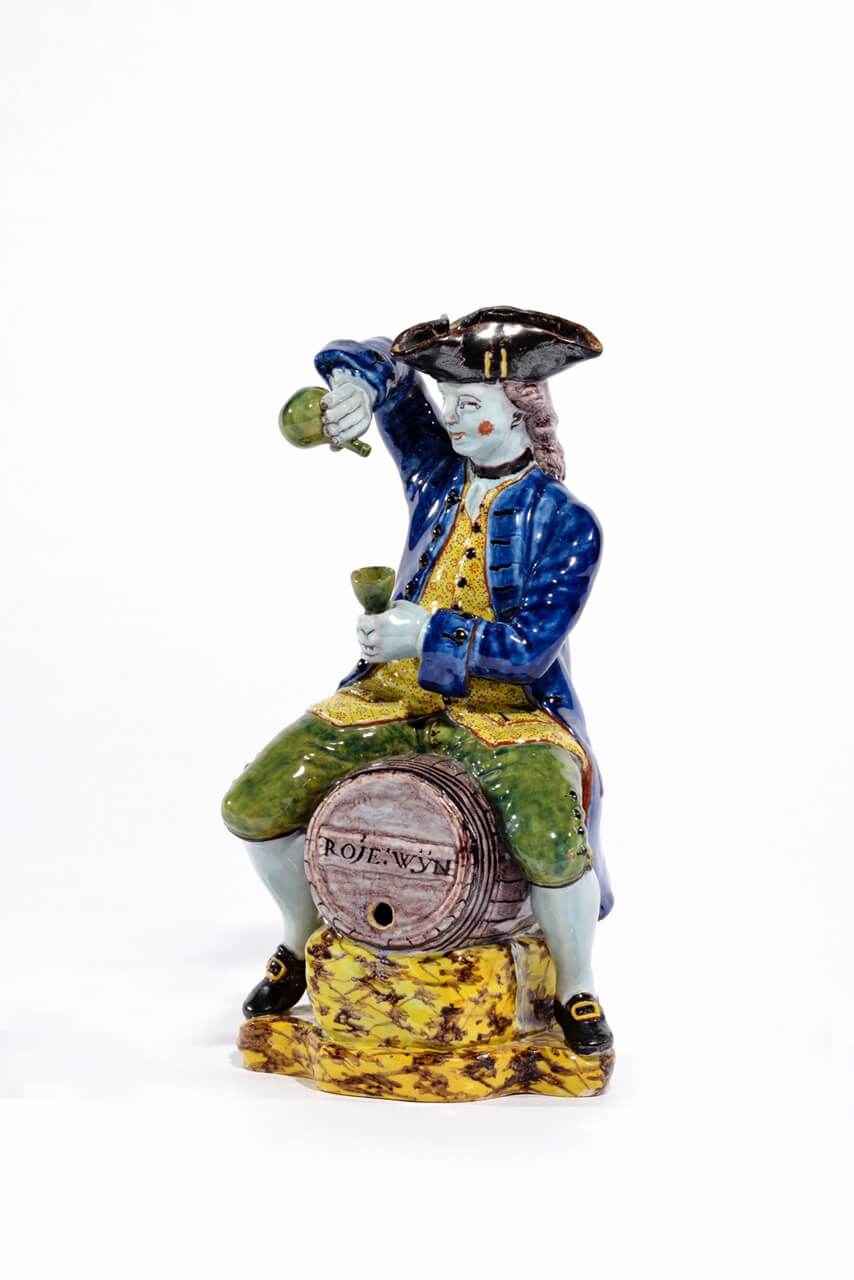 Modeled as a red-cheeked gentleman wearing a manganese tricorn hat over his paler manganese hair, a blue coat, a yellow waistcoat patterned with iron-red dotted trelliswork and blossoms, green breeches and yellow- buckled manganese shoes, his right arm raised and holding a green bottle to pour its contents into a green goblet held in his left hand, and seated astride a pale manganese barrel inscribed on the front in dark manganese ROJE:WŸN, and placed on a conformingly-shaped manganese-marbleized rockwork base; the front of the barrel pierced with an aperture for a spout; now mounted with a silver metal spigot and grape-cluster tap.