Marked SVE 12 in manganese for Samuel van Eenhoorn, the owner of De Grieksche A (The Greek A) Factory from 1678 until 1685

Painted on the front with two chinoiserie figures strolling before their blackamoor servant carrying a fan near prunus growing from a rock, bamboo and other shrubbery. On the reverse two men seated before a distant pavilion, one holding a fan, the other a goblet, the lower body with a border of four oval panels depicting figures in river landscapes alternating with beribboned foliate motifs above a band of stiff leaves, the shoulder with a border of blue-ground blossom-and-scrollwork lappets, and the cover with a bell-shaped knop encircled by a border of six floral lappets above a band of petal devices on the rim. 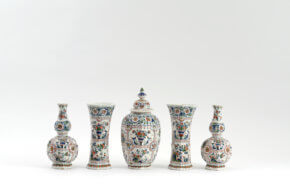 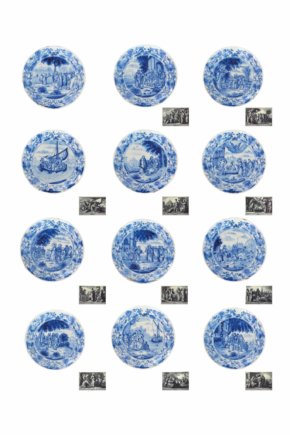 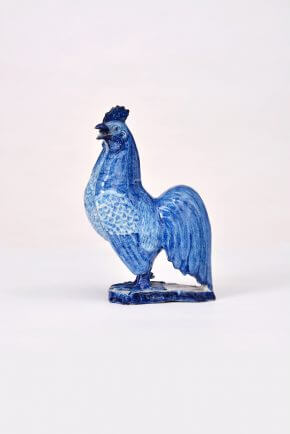