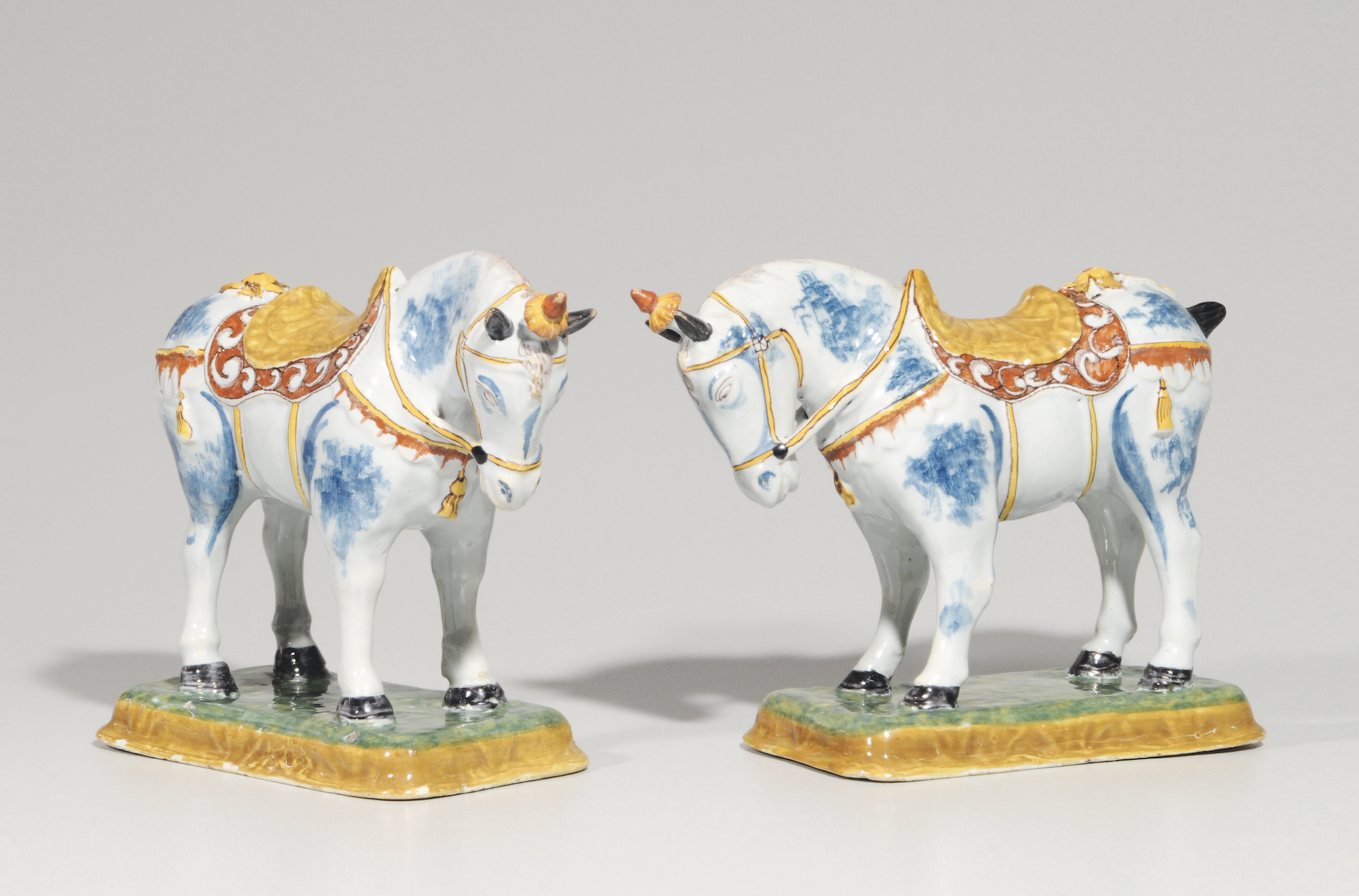 Each with a blue-spotted hide, manganese eyes and swept-over mane, and purple ears, tail and hooves, wearing a mustard-colored saddle over a scroll-patterned iron-red saddle blanket, a yellow and iron-red cockade and other parade trappings, and modeled affronté, standing foursquare on the mottled green top of a mustard- colored rounded rectangular base lightly molded around the edges with foliage.

Note
In the eighteenth century, Holland was an agricultural region, a history that is often reflected in Delftware animals. The horses seen here are not merely farm animals, as evidenced by their colorful trappings and cockade between the ears. This pair was possibly inspired by an English novelty that reached Holland during the eighteenth century. In England, caparisoned horses and acrobats performed in circuses in the second half of the eighteenth century. The event first began with Philip Astley, an English sergeant, who showcased his skills on a horse within a large arena. He eventually included singers, dancers, and clowns to his theatrical performance, receiving rave reviews. Astley brought his successful act to Paris in the 1770s, and its popularity swept through Europe. Delft potters enthusiastically adopted the imagery into their repertoire, creating these beautiful, colorful horses.