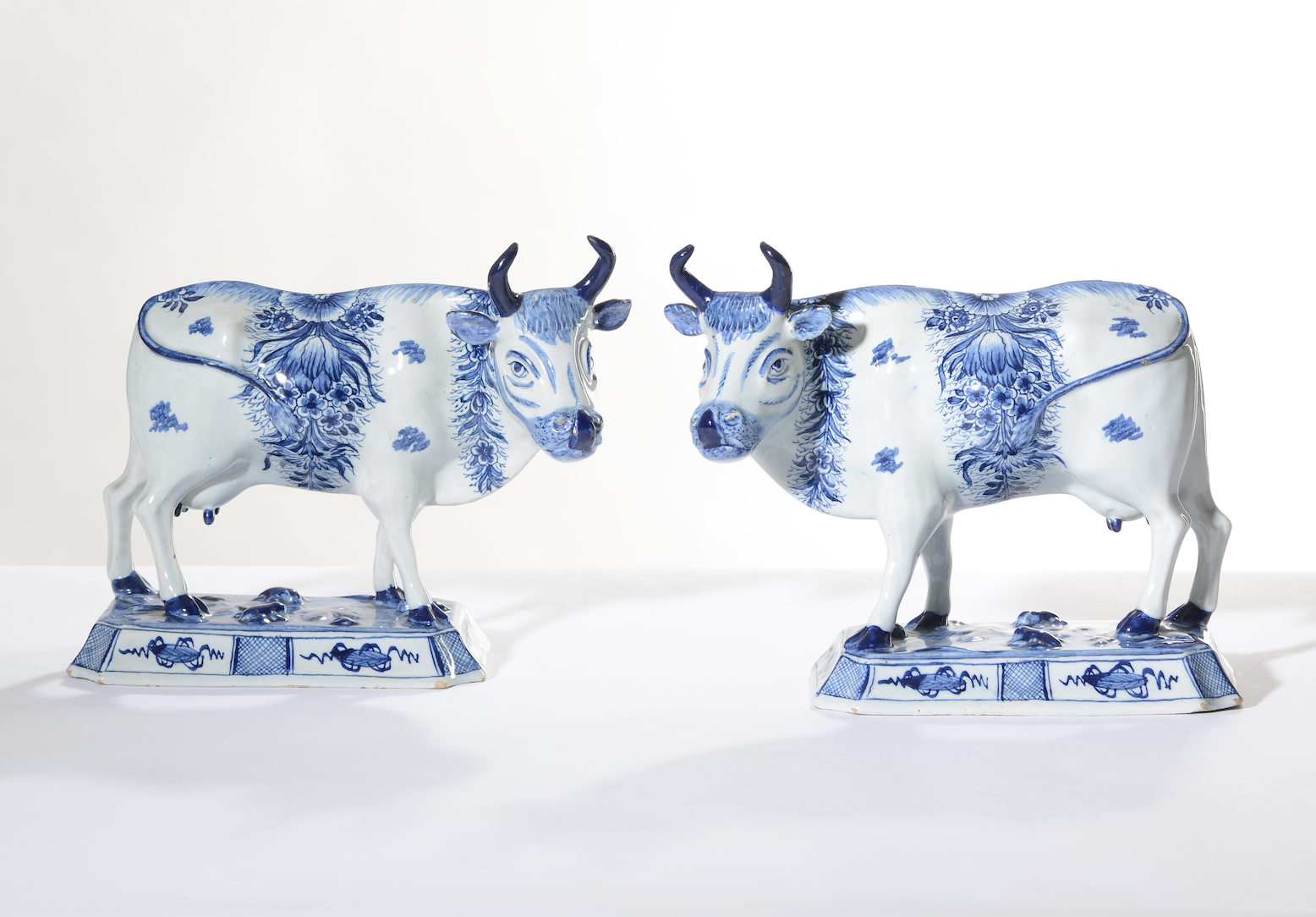 Marked AP in blue for for Anthonij Pennis, the owner of the De Twee Scheepjes (The Two Little Ships) factory from 1759 to 1770

Each with a blue-spotted hide, blue horns, muzzle, forelock, ear linings, spine, tail, and hooves, wearing garlands of flowers around its neck and back, and modeled affronté, standing foursquare on a rectangular base molded on the top with frogs and leaves, its canted sides with panels of Daoist symbols alternated by small panels of diaperwork.

Note
Delftware cows are typically decorated with flower wreathes and garlands around their necks and backs, a decoration that refers to the seventeenth- century ‘guild oxen’. Each year on the day of its patron saint St. Luke (whose attribute is the apocalyptic beast, the winged ox), the Butcher’s Guild would hold a parade celebrating the best-bred bull or cow from their guild. The beast would be decorated with floral wreaths and ribbons, its horns often gilded and sometimes tipped with oranges. The festive procession was joined by musicians. The meat of that animal was intended for the subsequent guild dinner, and a portion of it was donated to the church and the poor. The expression “the guild-ox is on parade” became synonymous with “this is a feast.”

The intriguing figure of a little frog or toad molded in the relief on the base of these groups appears on many of the various Delft models of cows, and it remains an elusive element. It may refer, without any particular meaning, to the famous painting from 1647 by Paulus Potter (1625-1654) of ‘De Stier’ or ‘The Young Bull’ (in the Mauritshuis, The Hague, inv. no. 136), in which Potter painted a frog or toad in the foreground. Alternatively, because the toad can be interpreted as an allegory of death, its inclusion in these bovine models perhaps emphasizes the probable brevity of this domestic beast’s useful life.