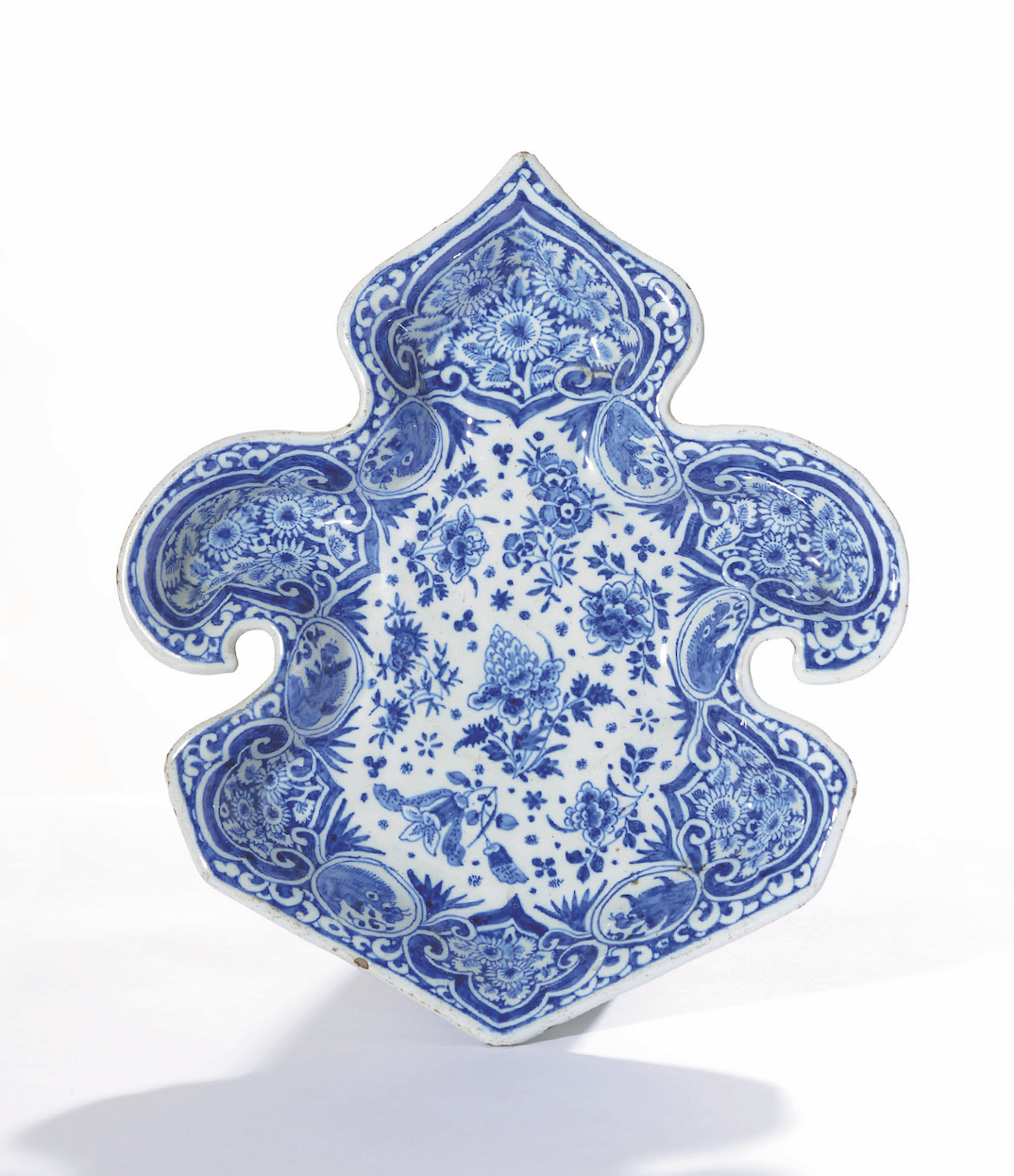 Marked AK in blue for Adrianus Kocx, the owner of De Grieksche A (The Greek A) factory from 1686 to 1701

Of elaborate spade shape with a central flower within a densely patterned ground with floral sprigs, the rim with a blue ground border reserved with scrolls, six large ruyi-head panels filled with chrysanthemum blossoms, alternated by six roundels painted with dragon-like heads.

Note
Dishes of this shape, when assembled as a set of eight surrounding a central star-shaped dish, were traditionally thought to have been made as ‘rijsttafel’ sets. Rijsttafel (rice table) is an Indonesian elaborate meal adapted by the Dutch, which consists of many side dishes served in small portions, accompanied by rice. However, current scholarship suggests that they were used to serve sweetmeats and other delicacies such as dried fruit or summer fruit preserved in brandy because they are referred to as confituur-starren (‘preserve sets’) in inventories. By the seventeenth century, the cultivation of sugarcane in Brazil and the Caribbean made the importation of large quantities of sugar possible, and honey, initially used as the most prevalent sweetener, was replaced by refined cane sugar. As sugar sources increased and its price declined throughout the seventeenth and eighteenth centuries, the delicacy became more accessible to a larger audience. Popular sugared delights included sugared orange peels, sugar-coated nuts and seeds, sometimes even colored, pear marmalade and preserved ginger, chestnuts and fennel. All of these foods were presented in small dishes such as
these. The dishes likely enjoyed an important but somewhat short-lived vogue in Dutch Delftware based on the early dates of surviving sets and component dishes made by a number of
major factories.