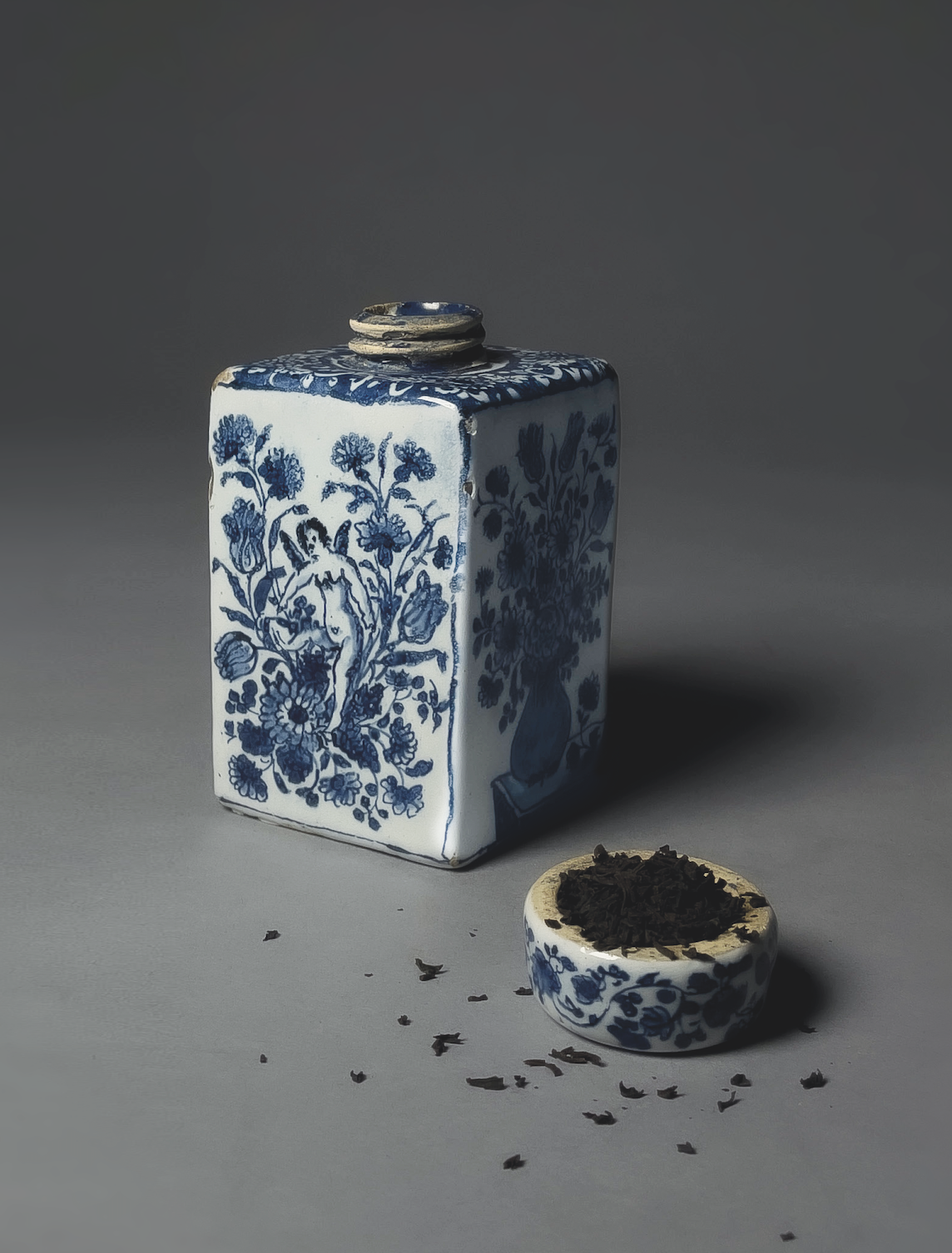 Note
The first official record of tea importation to Europe by the Dutch East India Company (VOC) occurred in 1610 when a consignment of green tea from the Japanese island of Hirado arrived in Holland. Tea was considered a therapeutic beverage, an idea that was promulgated throughout Europe by Dr. Cornelius Bontekoe. In 1678, he published the booklet titled Treatise about the most Excellent Herb Tea in which he claimed that drinking eight to ten cups of tea a day could cure kidney stones and improve blood circulation.

For more than a century, the Dutch imports of tea remained relatively small. Thereby, the first tea auction took place in 1667, more than fifty years after its introduction to the Netherlands. Although tea drinking became increasingly fashionable, it was mainly reserved to the wealthy elites. From 1680, the habit of ‘taking tea’ was established, which changed the rhythm of people’s daily lives. To participate in ‘taking tea,’ consumers started to accumulate the necessary accoutrements. The rise in Chinese tea culture had a tremendous impact on the production of Delftware. Potters introduced tea wares to their clientele, some composed of disparate pieces of Dutch Delftware and Chinese porcelain. The screw on the neck of this tea caddie was at the time a novelty that helped to conserve the precious contents of the vessel.