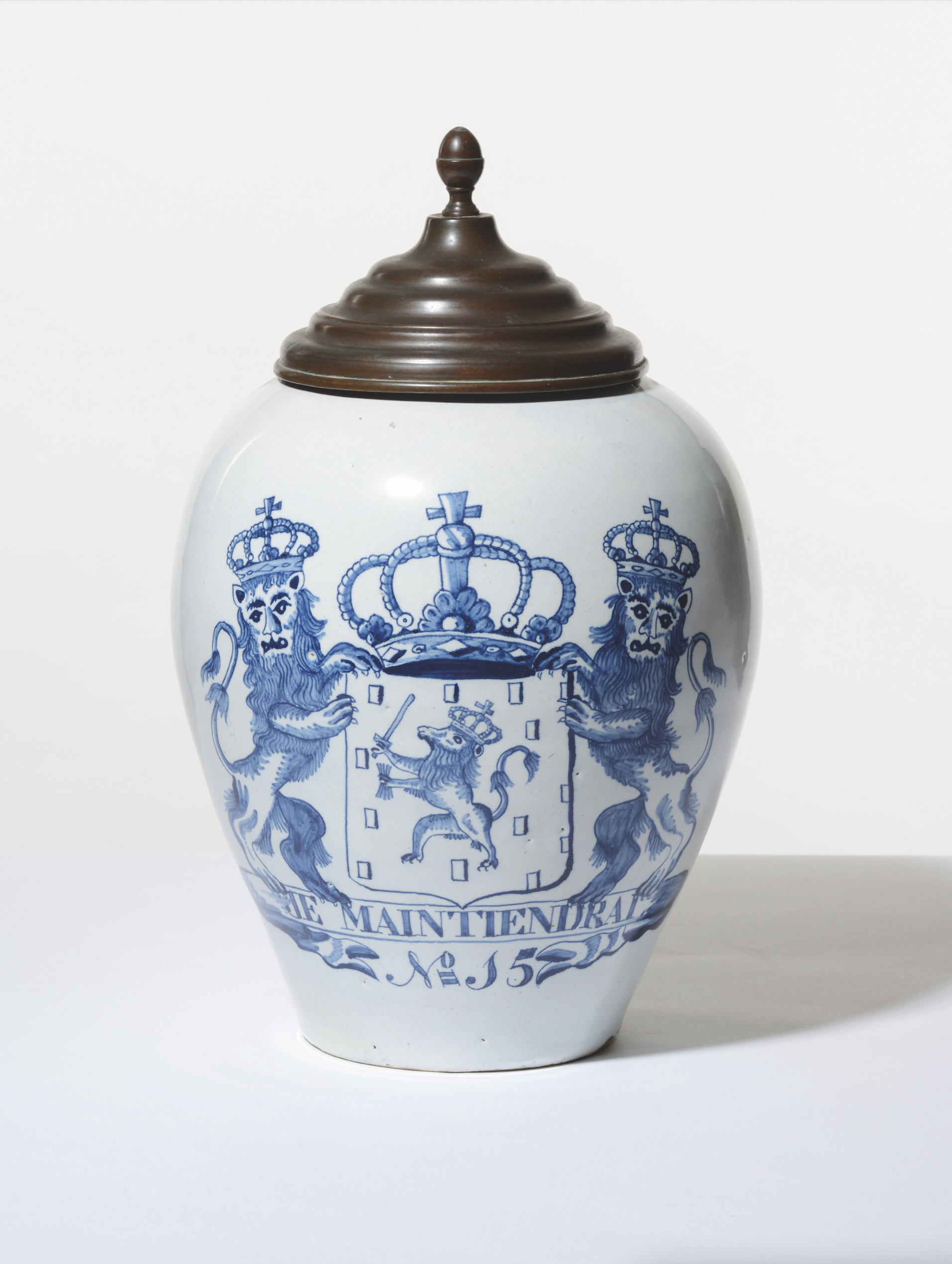 Painted on the front with the Dutch royal coat of arms beneath a coronet, as depicted after 1815 between crowned lion supporters, on a banderole inscribed with the motto JE MAINTIENDRAI above No 15; with a later patinated brass cover.

Note
Armorial tobacco jars are very rare and must have been special commissions (compare J. Estié, “De tabakspotten,” in: Lahaussois 2008, p. 194). The arms would have given the shop where the jar was placed an official sanction which surely were the envy of its competition.