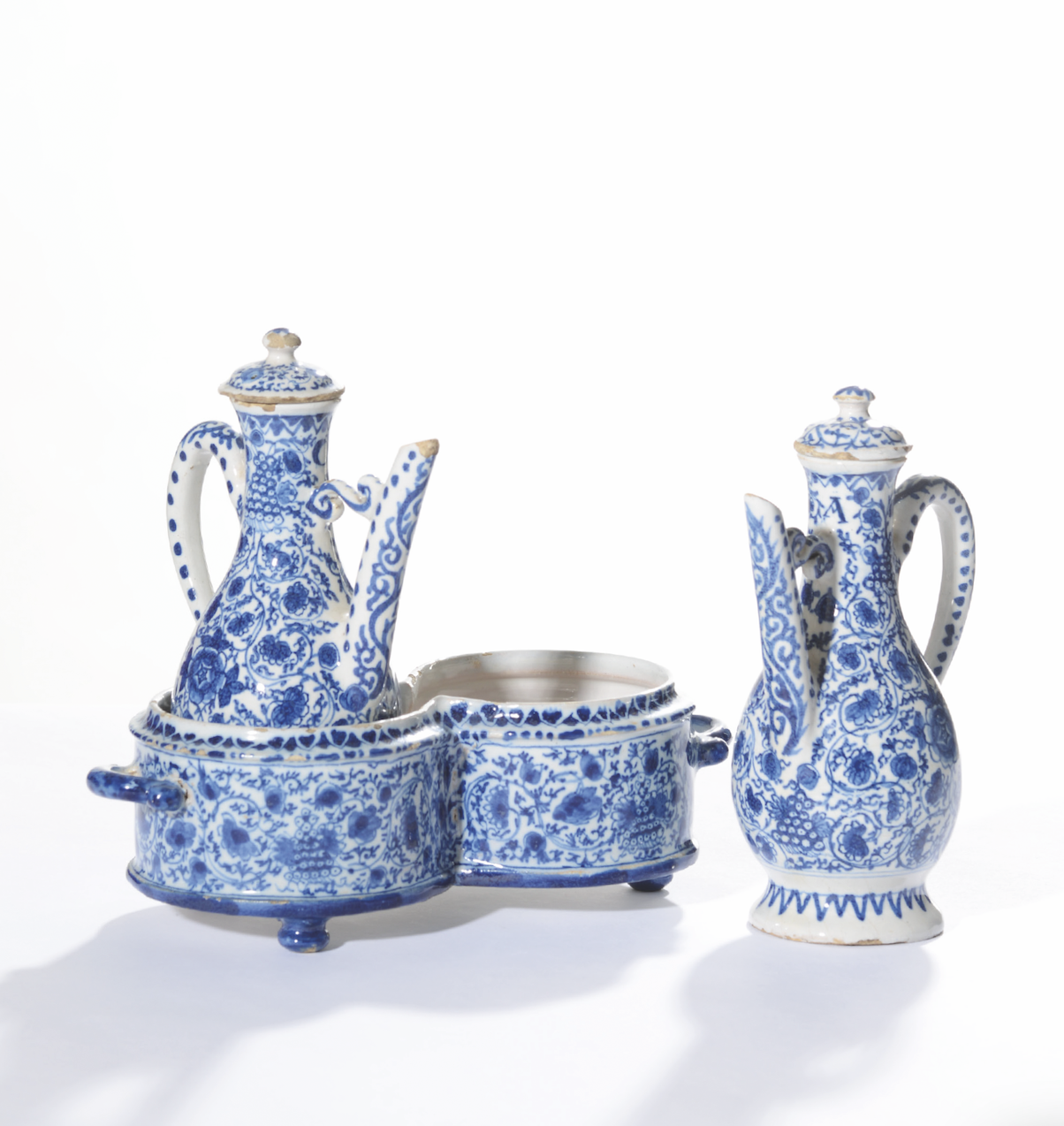 Comprising two ewers, covers and stand, all painted with floral scrollwork, the stand with two blue-ground handles and four peg feet, the ewers with the letter O or A on the flaring neck, the handle with dots and a scrollwork border, repeated on the spout, and the covers surmounted by a knop with a flowerhead.

Note
A cruet is any small container with a flat-bottom, narrow neck, spout, handle, and stopper. It is used to hold liquid condiments, such as olive oil and vinegar, hence the letters O and A for the Dutch words olie and azijn, oil and vinegar. The name is believed to have derived from the Old French word crue, which means earthen pot. Others say it is from the Dutch word kruicke, which was often spelled crewet. Cruet sets like the present, consisting of an olive oil and vinegar container, could be used at meal times. They were probably a late seventeenth-century invention, when fine dining became an exceedingly important social ritual and the dinner table underwent considerable changes. Around the end of the seventeenth century, cruet sets got their usual shape that lasted well into the eighteenth century. As with many Delftware objects for the dinner table, the shape of this cruet set was probably inspired by a silver model.

Perhaps oil and vinegar were used for health reasons. People were somewhat suspicious of vegetables, since ancient health doctrine advised against the consumption of fruit and vegetables. The addition of oil and vinegar to vegetables was possibly believed to strip the food of its lesser properties. Another theory about the increased use of oil and vinegar is that the Dutch elite wanted more mild flavors in their food, and the condiments were less potent than other spices and could be used according to one’s own taste, while the original flavors of the ingredients remained more intact.