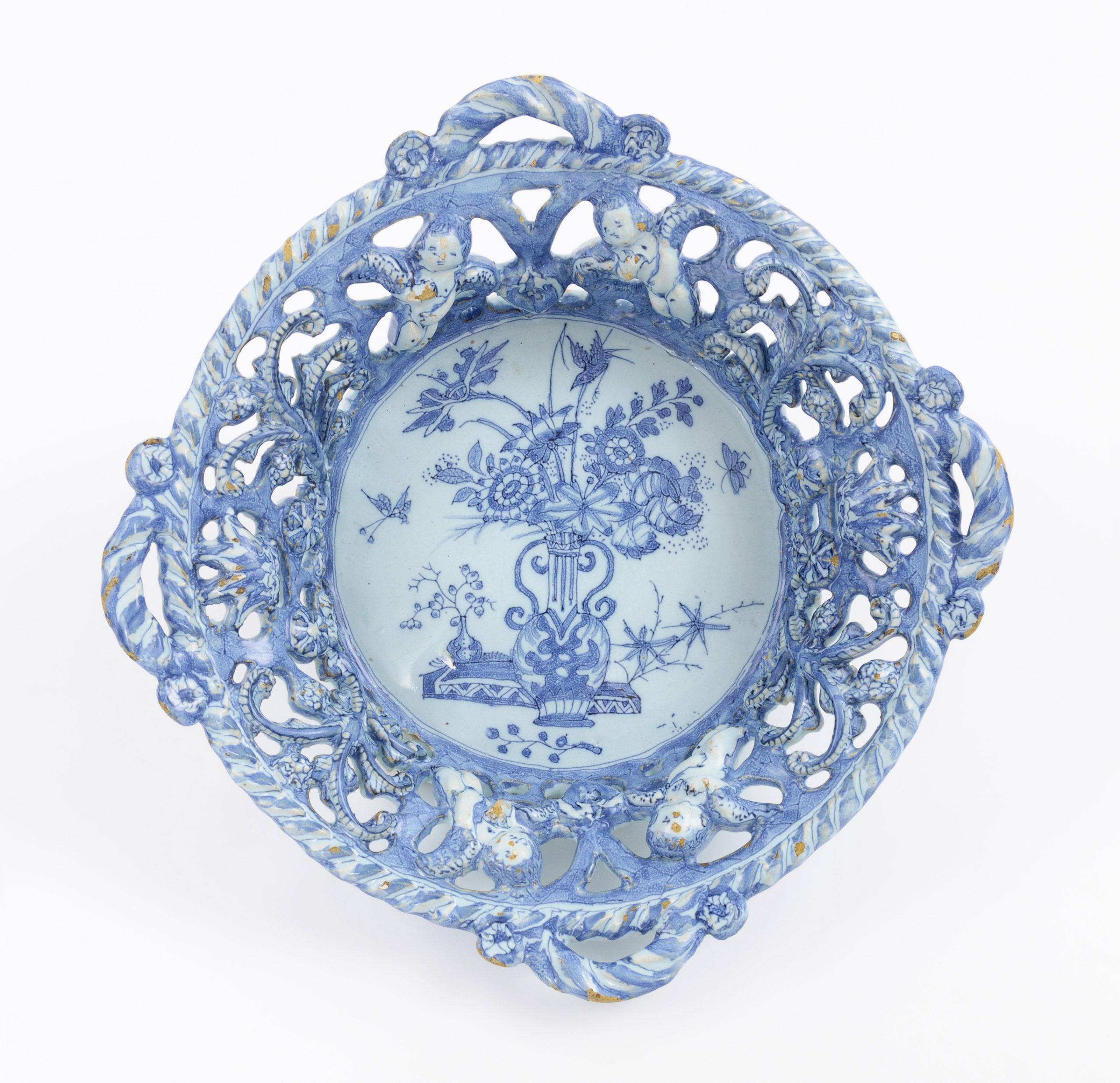 Painted in the center with bird and two insects hovering around an arrangement of flowers within a scroll-handled vase between a smaller bottle-shaped vase of flowering branches placed on a zigzag-edged table beyond and a trifurcated shoot of bamboo, the pierced flaring sides applied in high relief at the top and bottom of the interior with a heart between a pair of cherubs, on the sides with a coronet above a pair of wheel devices, and between with scrolling stems of blossoms, grape clusters and leaves, the rope- molded rim edge affixed with four rope-twist handles terminating in blossoms, and the whole raised on three low circular feet.

Note: The cherubs or cupids flanking a crowned heart at the top and bottom of the interior suggest that this basket might have been made as a wedding present -a thought reinforced by the symbolism of the blossoms and fruiting grapevines, and by the basket’s probable use for serving bread, the staff of life.